The Coalition Against Corrupt Leaders, CACOL has demanded the arrest and prosecution of party thugs that allegedly attacked a number of litigants in the premises of the Ogun State Election Petitions Tribunal, sitting in Abeokuta, Ogun State. 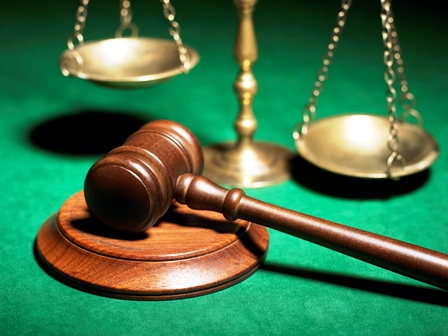 The incident, as reported in the PUNCH edition of Wednesday, September 30, 2015, which occurred on Tuesday, 29th September, 2015, while the tribunal was hearing the petition brought before it by the defeated PDP gubernatorial candidate in the last general elections, Gboyega Isiaka Nasiru, against the incumbent, Senator Ibikunle Amosu, saw people suspected to be thugs allegedly sponsored by a political party, suddenly storming the tribunal premises and began attacking prominent personalities and other litigants with dangerous weapons. They were reported to have invaded the premises in such a large number that forced the policemen on duty to quickly call for reinforcement.

CACOL said it’s highly disturbed at what is gradually becoming a tradition by some overzealous, lawless politicians in our country to continually engage in what could be described a national embarrassment that tends to diminish our value and dignity as a people. Such acts of barbarism are only capable of debasing our sensibility as humans.

“By the way, what sort of society are we trying to build or what legacy shall we be bequeathing to upcoming generations, when the sanctity of our hallowed chambers of justice is flagrantly desecrated at will by those who have assumed a status of out-laws in our midst? Is ours turning into an animal kingdom where laws do not exist at all?” lamented the coalition’s Executive Chairman, Comrade Debo Adeniran. Since the court is said to be the last hope of the common man in seeking justice, where else could the common man turn to when his last hope has been turned into a scene of jungle behaviours of all sort?

Not too long ago, Nigerians were stunned at the height of barbarism displayed in the premises of the High Court, in Ado-Ekiti, when political thugs invaded the court premises, beating and injuring litigants, counsels and other court officials which included a judge who even had his official robe torn to shreds. The aim, apparently, was to disrupt the case that involved their man, and this they succeeded in achieving as no one could stop them. Report had it that the court, thereafter, had to suspend its sitting for weeks.

Speaking further, Adeniran said, “To the best of our knowledge, nobody was arrested nor invited for questioning, talk-less of being arraigned for prosecution. And because that show of national shame and embarrassment was allowed to go unaddressed, a precedent, so to say, has been set. Today, again, it’s happening in Ogun State and as usual, no one will ever answer for this shameless display of incivility and bestiality.

Therefore, in order that this ugly dimension of gross respect for law and justice, and by extension, for the nation’s sovereignty, is curbed and discouraged, perpetrators and sponsors of this ugly, uncivil and grossly barbaric act in Ogun State, regardless of their social or political status, should be arrested and brought to book, otherwise we might unwittingly be introducing another version of score-settling methods by our politicians. Nothing short of that will be acceptable to law-abiding members of the public.

There Are Political Racketeers In APC, PDP –Adeniran

RULE OF LAW IS THE FOUNDATION OF OUR DEMOCRACY – CACOL